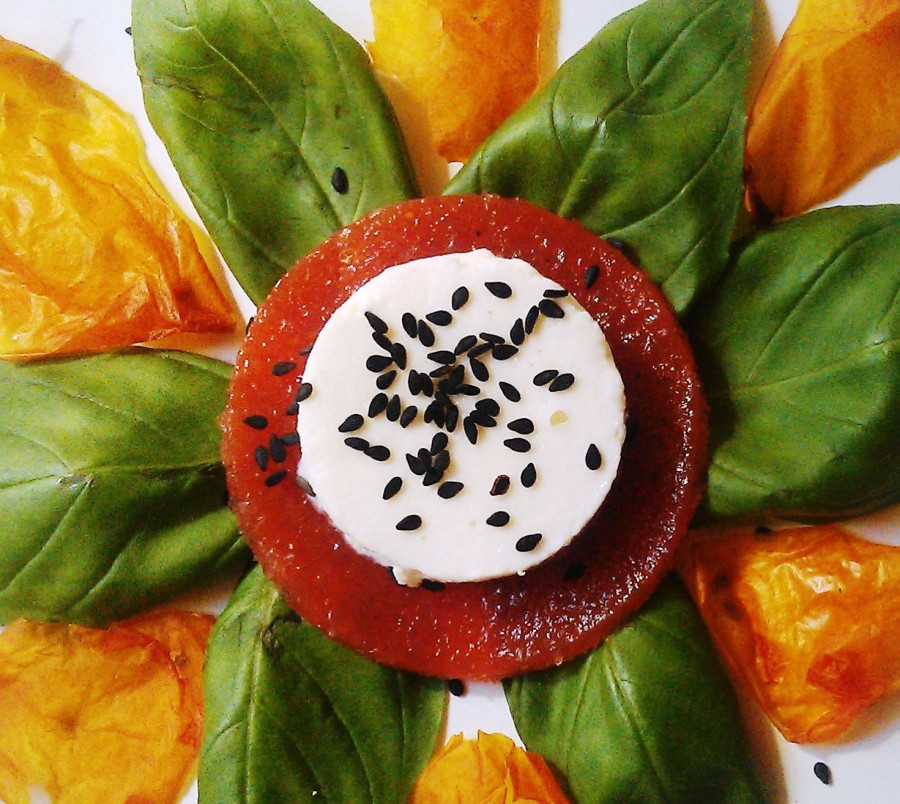 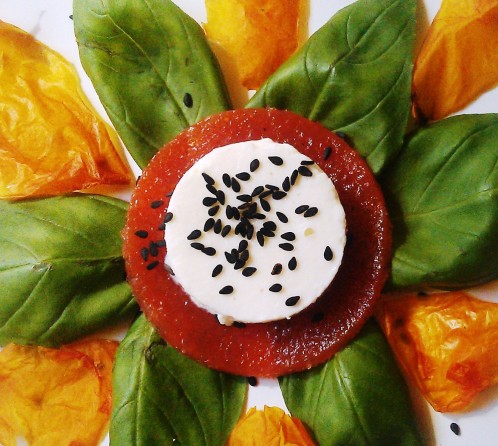 I’ve taken to the bottle recently……self-tan not alcohol!….because my summer this year has been virtually non-existent in terms of sun and heat. Italy had the worst July for years and then I had to spend August in a wet and windy North England, only to return once again to storms and rain here in Northern Italy. Basta!! When we did have hot days they were really hot, bordering on tropical with almost daily monsoon-like downpours…..all very strange. 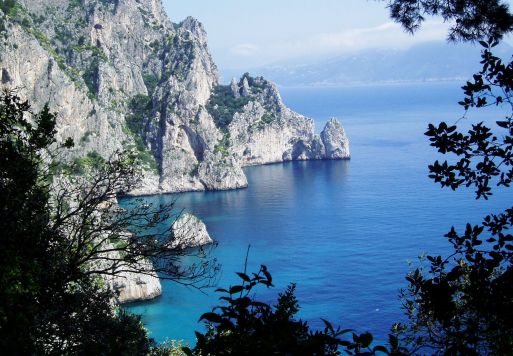 So, because of this lack I’ve found myself reliving the more gentle hazy summers of the past….those scorching days in the Tuscan heat lounging by a pool amongst olive and cypress trees…. …or strolling the wooded coastal path around the Island of Capri. Ah Capri!…doesn’t it just conjure up images of an ideal Italian summer – hot sun glinting off turquoise seas, the heat-scented smell of pines, a gentle throbbing trill of cicadas and an air of romance! 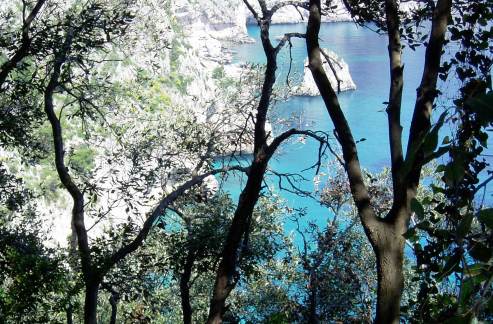 A few summers ago we took the night train down to Napoli spending a couple of days in this chaotic but charismatic city before setting off to explore the coast further south and finishing by taking the ferry across to Capri for some peace and quiet. We took a romantic stroll round the island thinking this tranquillità was normal, but later were told how lucky we were – the usual scenario is a paradise groaning with tourists and a slow-moving single-file queue snaking around the island.

However, we couldn’t leave without eating the famous ‘Salad of Capri’ or ‘insalata caprese’ embodying the taste and colours of Italy. So in memory of our Capri summer I decided to produce a variation on this iconic salad with a silky smooth, throat-cooling tomato jelly and instead of fresh mozzarella, another iconic Italian product – some ‘gelato’.

As we all know, Italians are the absolute maestros of the gelato and I decided to make a creamy parmesan gelato – parmesan because it’s our ‘local’ cheese in North Italy as opposed to South Italy’s mozzarella.

In my ignorance I always thought that gelato was the Italian translation for ice-cream …. ma non!…. they actually have a different flavour and texture apparently. Gelato, as I understand it, has less fat than ice-cream, is churned at a slower speed so it’s denser because not as much air is whipped into the mixture  …. and while ice cream is typically served frozen, gelato is served at a slightly warmer temperature, so it’s not quite completely frozen – which indeed is like mine here.

Why am I using agar agar?

Also called vegetable gelatine I love agar agar because it’s easy to use, it’s made from natural seaweed (which as you know I like using) and it sets and stays solid without a fridge – even in tropical heat.- so is ideal for use in all hot climates. It’s used in Thai cooking for instance to make their delicious light, fruit desserts.

You can buy agar agar in any Asian or health-food stores in powder form, flakes or strands. Here I use the flakes.

METHOD
Put the tomatoes in a bowl and cover with boiling water. Leave for about 5 minutes.

Remove from bowl and peel each one. The boiling water makes the peeling easy.

Keep the tomato peelings, pat them dry with kitchen paper and then pop them in a 150C oven for about 30 minutes or until dried and crisp. Keep them fresh in an airtight container.

Halve each tomato and blitz in a blender until liquidised. Sieve to remove most of the seeds, then pour into a saucepan.

Season with salt to taste. Sometimes, depending on the type, the tomato colour can be very pale – in which case you could mix in a teaspoon of tomato puree or a few drops of natural red food colouring to help bring up the red colour.

Sprinkle the agar agar flakes on top and bring slowly to the boil. Then stirring, simmer very gently for about 2 minutes, until the flakes are dissolved.

Pour into a shallow dish or mould and leave to set at room temperature. Of course you can also put it into the fridge to chill.

METHOD
Put the parmesan and 100ml of the cream into a saucepan and gently heat until the parmesan has melted. Set aside.

Whisk the egg white until fairly stiff, then add the other 50ml of cream and whisk until stiff.

Gently fold the warmed cheese mixture into the whipped egg white and cream and spoon into a shallow container, cover tightly and place in freezer.

About 15 minutes before serving, remove the ice-cream from the freezer and put into the fridge to loosen.

Take 4 plates and arrange basil leaves in the shape of a flower on each plate.

Take a pastry cutter or glass and stamp out 4 circles of tomato jelly. Place a jelly circle in the middle of the basil leaves on each plate.

Take a pastry cutter or glass – smaller than for the tomato jelly – and stamp out 4 circles of parmesan ice-cream. Place an ice-cream circle in the middle of each tomato jelly.

Follow EATING CLOUDS IN ITALY: Food, Health and Living in Italy on WordPress.com