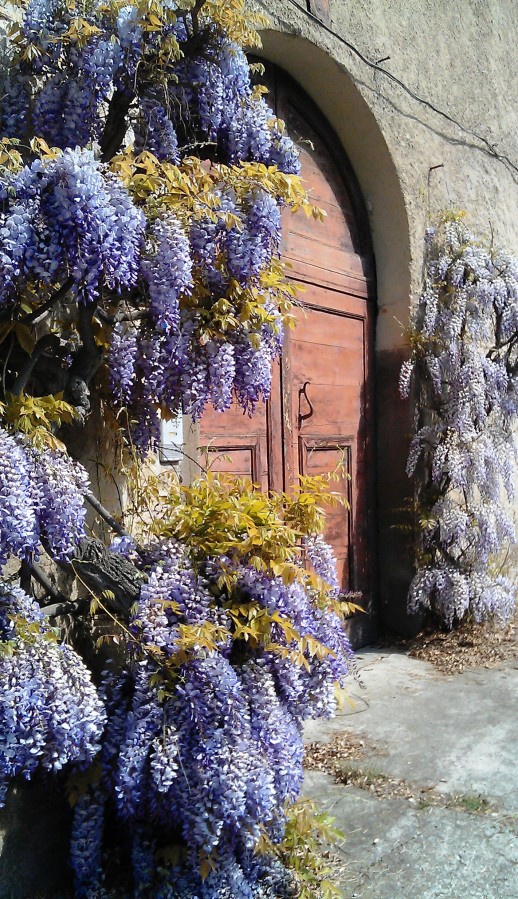 Does anyone remember tapioca from their childhood? It was one of those hugely divisive puddings which herded all of us kids into two camps: lovers (that was me!) or haters and was referred to disparagingly as “frogspawn”…. which, I have to say, it had an uncanny resemblance to.

Well since those early days (a lifetime ago) tapioca or ‘frogspawn’ hasn’t featured in my life at all….until twice in the last few days!

The first time was on a walk around our local Lago Endine. This small lake is a designated conservation area, a little ‘green pearl’ in the Cavallina Valley near Bergamo where power boats have been banned and the water is clean and tranquil, perfect for swimming and fishermen alike … or nature lovers like me.

On my walk I could hear the sound of either frogs or toads croaking in the rushes and asked a fisherman which they were. He confirmed they were toads and then pointed to what I thought was duck poo on the edge of the lake, telling me that it was in fact toad-spawn. Memories suddenly flooded back of those past meals of tapioca pudding and honestly it looked so similar, I almost just needed a dob of jam on the top and a spoon!

Thankfully the fisherman snapped me out of this strange fantasy by telling me that the lake is known (mainly among locals and amphibian lovers) for its Toad Migration.

Come springtime he continued, thousands of “bufo bufo” (the “common toad”) come out of their hibernation in the mountains and rush headlong down to the lake for copulation and spawning (that stretched my knowledge of the Italian language).

The only snag, for the toads, is that before hopping into the lake – sometimes already in couples and ‘in flagrante’ (his miming of this was interesting),  they have to cross a busy road. The number of deaths started to cause alarm amongst the local conservation chapter so barriers were built to prevent the toads from reaching the road. Volunteers would then go out to collect the toads and carry them safely across the road and into the lake. Rather an act of love I thought.

The second time I came across tapioca was shopping in Bergamo. I say shopping loosely, as it was during lockdown and there was hardly anyone around or very few shops open. However it was fun just exploring the city again.

There are two parts to Bergamo: ‘Città Alta’ the medieval upper town and ‘Bergamo Basso’ the more modern lower town. The upper town is surrounded by massive sixteenth century Venetian walls which are magnificent to see and are now a UNESCO World Heritage Site.

After strolling through the medieval streets of Citta Alta, I finished  with a luxurious rose petal ice-cream and headed down on foot to the lower town. It was on my ambles along the main shopping street where I spotted a new and very un-Italian bar called “Taiwan Bubble Tea”.

I’d heard of Bubble Tea or ‘Boba’ but I really had no idea exactly what it was. Turns out it’s a sweet drink made of …yes, tapioca!

Bubble Tea is, as it suggests, a tea-based drink and has its origins in Taiwan in the early 1980s. It is served either as a clear or milky tea and comes with tapioca balls or ‘boba’ which are starch balls made from the South American root vegetable, cassava or yucca.

I tried a glass of course and enjoyed the slightly chewy slipperiness of the tapioca pearls, I thought it was fun…. but for me personally it was way too sweet. In fact I’ve read on more than one review that some of them can contain up to 400 calories and about 50g of sugar.

A bubble tea is basically made by making some strong black or green tea, adding milk or non-dairy milk if you want a creamy version and stirring in whatever flavourings and sweeteners you want – these are varied and can include taro, chocolate, almond, lavender, coffee, fruit syrups such as peach, strawberry, lychee ….the choice is endless!

Then the whole thing is given a good hearty shake to make it frothy. A large scoop of cooked tapioca pearls is spooned into a glass, the frothy mixture poured on top and then it’s served – either cold or hot.

Because of the small frothy ‘bubbles’ on the top and the larger ‘bubbles’ or tapioca pearls at the bottom, the drink became known as ‘Bubble Tea’. Hugely popular in Asia, Bubble Tea shops have gained popularity in the U.S. and now seem to be springing up here in Italy.

I wanted to make a healthier bubble-type drink and as I couldn’t find tapioca, I’ve improvised with chia seeds which do give a slightly bubbly sensation. I also haven’t used tea, but have made it with water, lemon juice and chia seeds for the mini bubbles, with fresh raspberries to add for the larger ‘bubbles’!

My version is inspired by a Persian rosewater drink and you could certainly add rosewater…or not. Either way it’s wonderfully refreshing and refreshingly healthy!

Stir the chia seeds, lemon juice, honey and mashed raspberries into the water and allow to sit for about an hour (or overnight if you prefer) to allow time for the seeds to swell. Stir in the whole raspberries and serve. You could of course add whatever fruit you like.

*Chia seeds are the tiny seeds of salvia hispanica, a flowering plant from the mint family, native to Mexico and Guatamala. They were a staple food for the Aztecs and Mayans and in fact ‘chia’ is the ancient Mayan word for ‘strength’. The seeds are rich in fibre, protein and are the best known plant-based source of omega-3 fatty acids.